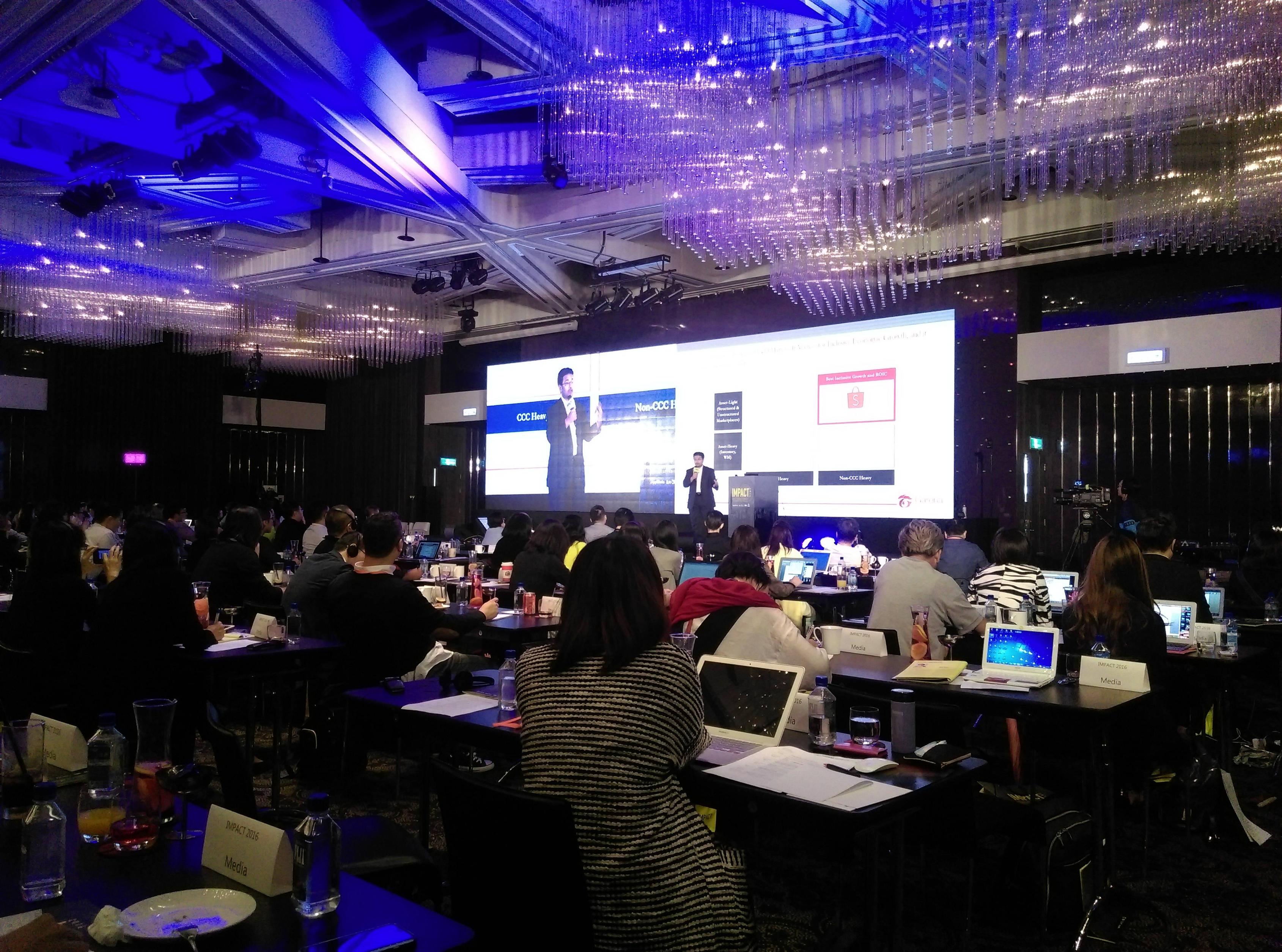 ＂In China, there’s half chance to meet a person has the habit of playing mobile games, it’s gradually normal just like watch a movie or TV.＂Said by Garena Nick Nash, ＂although there aren't many mobile games players in Southeast Asia now, it’ll probably increase from 15% to 50% in short period of time.＂Nash predicted.
Furthermore, Nash spotted that mobile games need a portal, so Garena aim to develop itself as the biggest game platform in Taiwan and Southeast Asia, with 300 gaming competitions in a year, not only attended by so many people but also attracted more than 1.6 million people watching online, which is almost as well as the ratings of NBA and FIFA.
Let’s take a closer look, Garena’s main operation area are digital content, eCommerce, and payment. In eCommerce, Nash shared his philosophy about starting Shopee with C2C model. He separated products into CCC (such as PC, mobile device, camera, etc.) and non-CCC (clothing, toy, cosmetic, etc.), Most of eCommerce selling CCC products, but the products left in stock are not easy to manage and usually losing money. ＂In comparison, non-CCC products have a higher profit around 6–7 times rather than CCC-product.＂Said by Nash, and this is also similar to the path of Alibaba.
And in payment, Garena owns＂Airpay.＂According to Nash’s observation, in the past 30 or 40 years, there’s totally no perfect financial system. Lacking of checks and savings account services, especially to eCommerce, it’s an inefficient operating model.
Airpay emphasis＂ATM reverse,＂customers don’t need a bank account or credit card, just have to pay cash and transfer it into a number in accounts to pay games and eCommerce fee. Besides, Airpay utilizes the GPS positioning to find local ATMs and get to know where are sellers and buyers on Shopee. 99% of consumers in Thailand are living within 3km from the nearest Airpay counters, and the next goal for Airpay is 0.5km.
＂In the next 5 to 10 years, the Eco-system in Asia will be gradually completed, both Taiwan and Southeast Asia are going to be integrated into this eco-system,＂Nash continued, ＂just these regions we have more than 5 hundred million consumers, so there are many chances waiting for us.＂
＂Take Indonesia as an example, with more than 2 hundred million population and penetration of mobile usage, additionally 4G mobile network configuration, even now trying to reach 5G; That’s why Indonesia can develop faster than others with huge business.
The key reason of Garena’s fast growing is that they’re really good at scouting talents. No matter which region, the appointment always focuses on localizing.＂We formed great local teams in every place.＂Nash emphasize, ＂customer-oriented, put all effort in and humble are our criteria to select talents.＂
看更多相關文章：
上一篇文章
下一篇文章